That doesn’t include some other items. 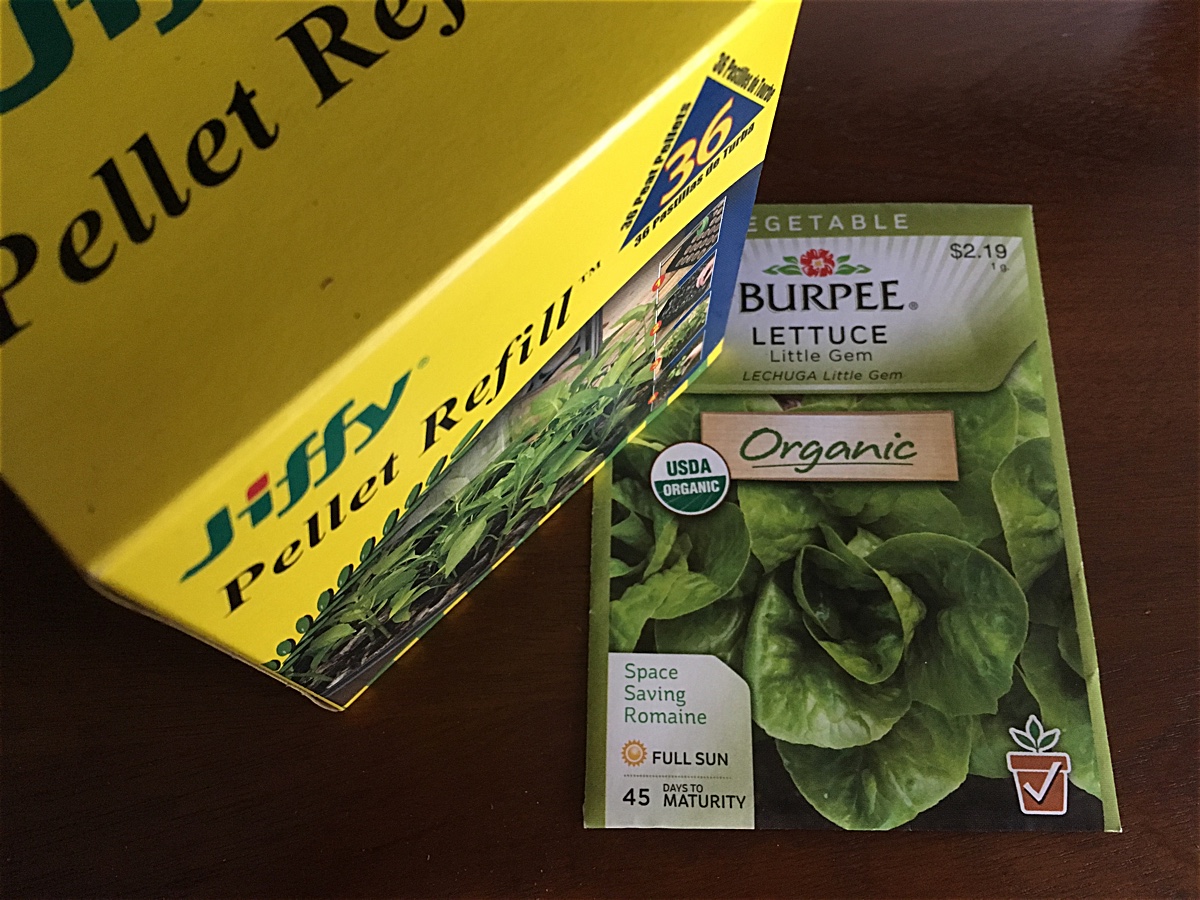 Even though Hydroponics doesn’t use soil, a grow medium is still useful. Jiffy Pellets are great when starting from a seed. (They start off small, but expand when wet.) Supposedly, it’s good for Hydroponics too. Another parameter of this experiment is to see if I can grow a head of lettuce from seed to dinner plate.

Home Depot was fairly light on hydroponic supplies. That’s why I ordered most of the stuff from Amazon. Although, Home Depot did have the seeds and the pellets. They also had a nice greenhouse shelf thingie, as I want to keep the plants up off the floor. The pellets (about $4), seeds (about $2) and greenhouse (about $16) added around $22 to the cost of the project. That brings the total so far to a rounded $150.

At this point, I’m starting to wonder if I should have just gotten an AeroGarden system. The Ultra LED model was on sale at Costco for $170 – including tomato pods. Here are the advantages of each…

That’s the first part of the experiment – getting setup. It will be about 1-2 weeks before the Amazon shipment shows up. For now, I wait. Meanwhile, it’s fun to imagine a future as a farmer.