Last Sunday, another long line formed at Nintendo World. Advanced Wars: Days of Ruin, for the Nintendo DS, went on sale at Nintendo’s flagship retail store. Despite frigid New York City weather, the event attracted a long line. Maybe it was the online play or the map editor.

“Days of Ruin is much more than just a new chapter in the Advance Wars series,” says Cammie Dunaway, Nintendo of America’s executive vice president of sales & marketing. “Our core gamers continue to buzz about the game’s post-apocalyptic storyline, new characters and stylized graphics that bring a totally fresh experience to the series. The focus on strategy beyond raw firepower makes it more rewarding than typical war games.” 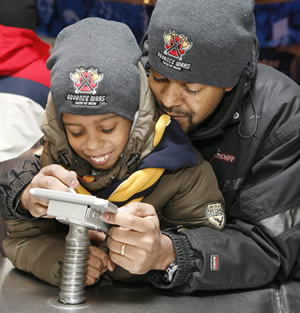 Luis Ortiz and his son Ray, 9, of the Bronx borough of New York, play Advance Wars: Days of Ruin for Nintendo DS, Sunday, Jan. 20, 2008, at Nintendo World store in New York. Fans lined up early for a chance to play the game before its official Jan. 21 release.

Luis says, “I’ve been playing Advanced Wars since September 2001. Now I’m trying to get my son into it.” 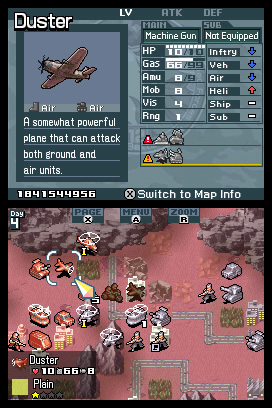 Is Advanced Wars: Days of Ruin worthy of the hype?

Would you stand out in the cold for Advanced Wars?!

One thought on “Advance Wars: Days of Ruin – Launch Party at Nintendo World”