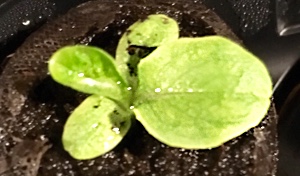 While waiting for the lettuce seeds to grow, I started to rethink my process. I don’t think I needed to spend nearly $40 on a hydroponics bucket kit. Instead of a deep water culture setup, with lots of air bubbles, I decided to try the “Kratky” method. It is extremely low maintenance, but should produce similar results. Now that I don’t need to run an air pump, this should be quieter and cheaper too. The new plan is for five one-gallon containers, instead one five-gallon bucket. Being easier to move, that also makes the project more manageable.

I think the big turning point for this project was a trip to the dollar store. Actually, the place was coincidently named “Dollar Tree”. That gives it a more plant / gardening feeling, but I doubt that the products available were specifically intended for hydroponics. Here’s an example… 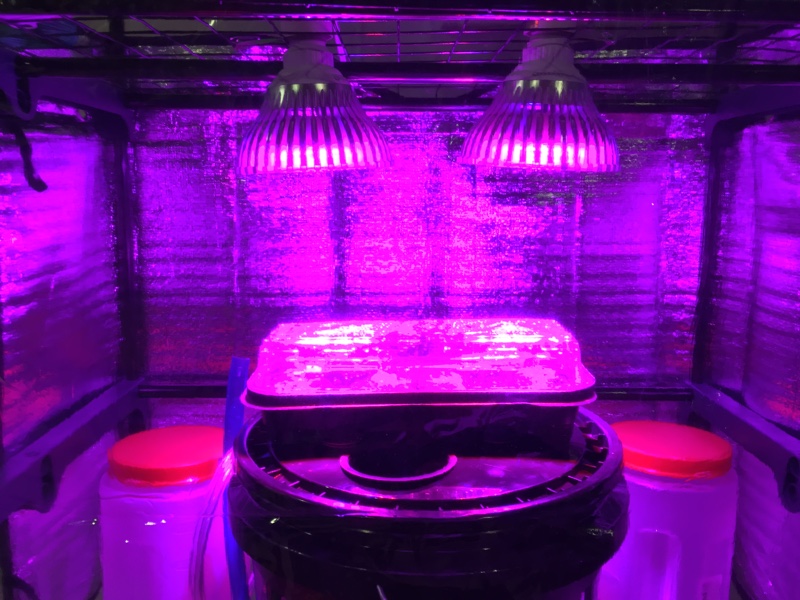 That picture is predominately purple. The red and blue LED bulbs create that lighting effect. But to maximize the strength of the light, a car windshield sun reflector is used. The shiny side directs stray rays back toward the plants. This addition was only $1. Considering that these LED grow lights are expensive, a cheap reflector is economic way to boost the power.

Also shown in the image are two containers with red lids. These are the one-gallon containers. One is located to the left of the big black bucket and another is on the right. They’re made of food grade plastic, but they need to be modified for this project. The plan is to cut a 3″ hole at the top of the lids. Also, because the containers are transparent, they will have to be covered. This is to help prevent the growth of algae. I’m not quite sure how I will make the containers opaque. Some possibilities are electrical tape or paper bags. I thought about using black spray paint, but I’m concerned about contaminating the water. The idea is to eat this lettuce, so I’m not cutting corners. 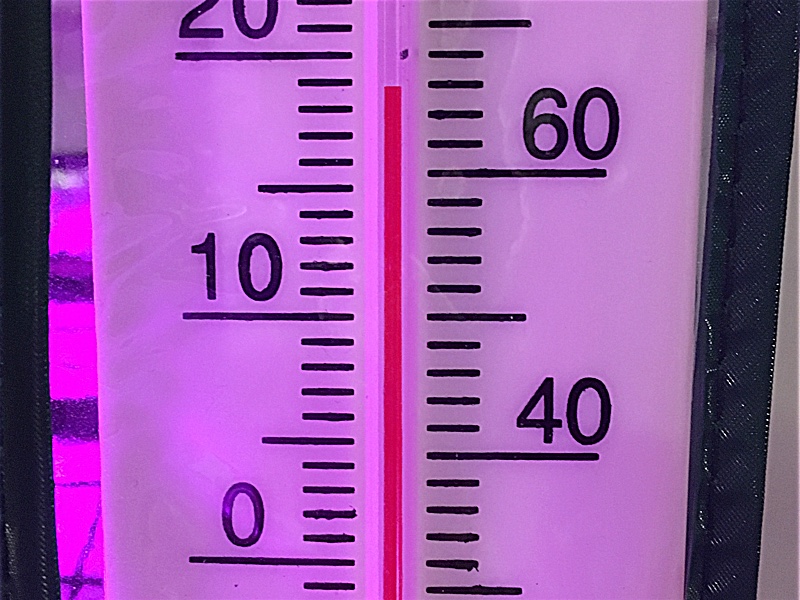 My basement has an ideal temperature for growing lettuce. It’s not too warm and not too cool. But to measure the temperature, a thermometer was added to the project. The thermometer was also available at the Dollar Tree. It fits nice and snug in the greenhouse. Placed between the zipper and the front-right corner, it looks like it was meant to be there. That’s not bad for a buck.

I did need to fasten the thermometer in place. Some green twisty ties worked. Two rolls of green twisty tie cable – including a cutter – was also just a dollar. That could be very handy when growing tomatoes. That should prevent the stems from becoming too unwieldy.

In total, the items were $8 plus tax. So while the total cost of the project is way higher than I expected, scaling the project from here should be less expensive. If this works, it’s just a cheap container (with some modifications), some nutrients, some water and light.

Oh yeah, and some seeds are needed too. Mine are just starting to sprout. It’s cute. Looking at the little leaves, it makes me feel bad. They’re ultimately meant to be eaten. Even more barbaric, I’ll have to pick the top five plants for the five containers. While this is somewhat unsettling, I’m still imagining a massive amount of lettuce growing from the greenhouse. The project is starting to gain speed.