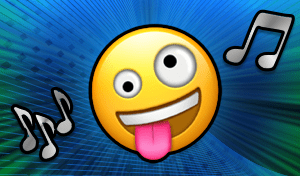 I know, I know… I should be working. The requests for the Hype 4 book are starting to pile up and there’s increasing demand to bring back Wrapping. I’ve been trying to fix the problem. But today… today is Sunday. God declared that one day of the week is for resting, so I’m trying to have some fun this Sunday. I am… and I thought I’d share that enjoyment with you.

Because I build websites for a living, the Internet is often a source of stress for me. It’s work. Combine that with partisan politics and economic doomsayers, being online can get depressing. Also, having grown up in the 80’s and 90’s, I’ve been wondering if this generation has any culture. Where’s the great music? Did humanity run out of creativity? I’ve written about this before. Did the Internet kill pop culture? I think I finally have an answer to that question. No… it didn’t. It scattered it everywhere.

This epiphany hit me while perusing Reddit. I don’t remember exactly what it was I was looking at, but it was a joke in a common Meme format. Something was flying through space, with a catchy tune playing in the background. Because I had seen this particular meme so many times, I started to wonder about the origin of the song. Is it a real song?

Shooting Stars, by Bag Raiders, was released 10 years ago. I don’t remember hearing this song back in 2009. I don’t remember it playing on the radio stations. I certainly didn’t see the video on MTV, or anything like that. I’m pretty sure I would have remembered seeing something so strange.

That’s the problem with modern culture. It’s not funneled through a filtered resource. Looking back, many of the 80s cartoons have not aged well. As kids, we didn’t think of them as bad, because that was all we had. Today, it’s different. On the Internet, good and bad are splattered together. Corporations are less of a filter. It’s up to you to determine what you want to watch.

I realized that this song discovery wasn’t just a one-off fluke. I had a similar experience with another song. I had found it when I was trying to understand the origin of all these dancing crabs memes. What’s with all these crabs? Where could they be from?

Crab Rave, by Noisestorm, is an instant meme classic. If not for all the online jokes, I don’t know if I ever would have heard this song. Just reading the comments on YouTube, the 1:15 mark of the music video signifies the pinnacle moment of the song. Not only is a great sounding song, it is a source of Internet humor.

OK, but so what?! That’s just two songs. That’s statistically insignificant. Well, there’s another song to add to this list.

I learned of “Never Come Down, by Brave Shores, in the Meme Wars. No, this is not a joke. There’s an actual battle going on for the identity of the United States of America. It’s part of propaganda warfare. On the modern battlefield of the Internet, the jokes are the weapons. Two years in, is the Trump presidency really so dramatic? Much of media portrays him as public enemy #1. But on r/the_donald, a place where Donald Trump is championed, I heard this song used in a meme. Using video clips from a Saturday Night Live skit, Donald Trump dances to this catchy tune. There’s even a looping version – https://www.youtube.com/watch?v=HcEc8zeNYxI – that plays for 10 hours.

There’s the trifecta. By navigating through meme culture, I have the beginnings of a millennial playlist. These are good songs. At least, I think so. I’m not even a millennial.

I have a fourth song to add the list. I didn’t find it in a meme, nor does it match the sound of the other songs, but it shows that there is really good music out there – if you can find it.

The Danish National Symphony Orchestra performed a live cover of “The Good, the Bad and the Ugly” theme song. It sounds amazing. This song feels like it could be used as a meme, as there are many jokes based on the movie’s imagery. It’s as if the 1966 film was a precursor to today’s meme culture. But, this video gets even better. At the 2:40 mark, the orchestra beings to play “The Ecstasy of Gold”. Wow – this song sounds angelic.

And the truth be known, I didn’t randomly decide to play this song. It was stuck in my head, but I couldn’t figure out where it was from. I wasn’t even sure how it got there. But then, I listened to Alex Jones. He uses “The Ecstasy of Gold” as bumper music on his radio show. That’s where I had heard it. In a sense, it was from a meme. The guy is like watching wresting (WWF / WWE) from the 80s and 90’s. Because so much of the content is outrageous, it’s hard to tell what’s real with that guy. He’s like a living meme. But unfortunately, many of the big tech companies have censored him. I think that’s tragic. It doesn’t matter if he’s right or wrong, it’s against freedom of speech. But equally important, I would not have learned about the Danish National Symphony Orchestra if I didn’t occasionally watch clips of Infowars.

That is why memes are so important. They’re not just funny Internet jokes. Memes can be used to quickly deliver information in an environment that is heavily saturated with data.