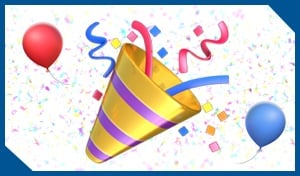 Congratulations on another trip around the sun. It is the first of January and the year is 2019. This is traditionally a time of reflection and an opportunity to set new year’s resolutions. Now is a moment to define goals and focus on self-improvement. Some of the recent posts on this website show that I’ve been seriously pondering betterment. What can be done to make this website more successful?

It would have been nice to announce the new direction of photics.com, but I still haven’t figured that out yet. I’m definitely hungry to work on a new project, but I’m stuck in the paradox of choice. Because there are so many possibilities, so many fascinating things to do, I’m having trouble settling on a particular project.

The measure of success is not whether you have a tough problem to deal with, but whether it is the same problem you had last year.

Part of the problem is that other people seem to be stuck too. Tumult Hype 4.0 is still in beta. Last year, around this time, I figured that I’d be writing another Hype book in 2018. There was a belief that the update would be launched in the first quarter of 2018. One year later, I’m still not quite sure when the new software will be available. But in the past year, I’ve developed strong contempt for Apple and its app stores. The experience has forced me to second-guess if I should be focusing on a Mac exclusive app.

Shouldn’t I be thinking bigger?

Unfortunately, much of the Internet has been divided up by four massive tech companies… Google, Apple, Microsoft and Amazon. Many of my ideas involves working with at least one of these megalithic organizations. In particular, I’m having the most trouble with Google. I don’t trust the company, plain and simple.

This time of year is also an opportunity to be forgiving – peace on Earth and good will towards men. Have I’ve been too harsh towards Google? I’ve been trying to let go of the past. But historically, when I’ve relied on a Google service, I’ve been burned. It’s the main reason why I don’t have a YouTube channel. I have many fantastic ideas for shows, but I don’t know if I can trust Google. They could censor my videos or they could simply change the service. Plus, what happens if the advertising dollars dry up?

Photics.com has survived two economic recessions. In that time, many valuable lessons were learned. One of the earliest lessons – don’t depend on advertisement money. While that revenue stream may work for other companies, it hasn’t been a source of success for this website. After the Dot-com bust, ad revenue dramatically diminished. Is that going to happen again? I don’t know the future, but I’m certainly worried that the economy could take a bad turn. The fourth quarter of 2018 looked pretty rough for the stock market. If 2019 is worse, and a deep recession hits, what does that mean for advertisement based websites like YouTube?

I skate to where the puck is going to be, not where it has been.

There’s a nagging feeling that’s still bothering me. I feel like I’m supposed to be doing something big, something significant. Perhaps that involves some video projects. I’m not sure. My suspicion is that continued Photics.com success – in the next decade – requires innovation. What was popular in the teen years of this millennium might not work going forward. While anecdotal, my own personal habits as a consumer reveal the truth. I don’t buy apps like I used to, hardly ever actually. Meanwhile, Apple appears to be having trouble selling their latest iPhones. That’s a technology shift that concerns me. Smartphones aren’t as impressive or cool as they’ve used to be.

Over the years, Photics.com has been many things. But if there’s a theme that’s been consistent, it’s being early to something new… ePinions, Guild Wars, App Development, GameSalad, Tumult Hype. That’s why I’m taking time to figure out a strategy. The technology puck is on the move, but I’m not quite sure where it’s going.

I suppose that’s my New Year’s Resolution – find the next big thing for this website.