Wow, it’s been four years since the launch of Guild Wars. A lot can change in that amount of time. Did you buy a new car? Did you get married? Did you move to a new home? Did you get a new job? Even if life is not that different for you outside the game, the anniversary party brings plenty of changes to the world of Guild Wars. 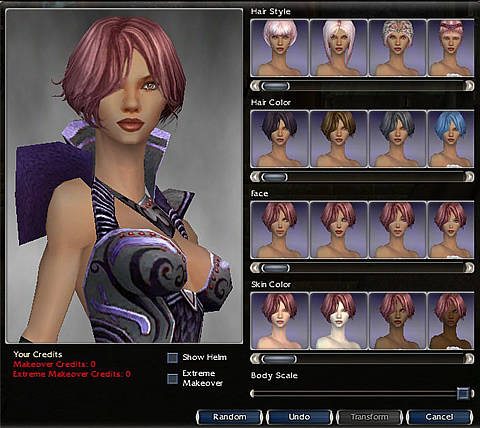 I’m surprised that “profession” was not included with the extreme makeover.

With a new look, you might need a new name. For $14.95 you can rename your character. The new changes seem to be a bit of a money grab, but that’s important to keep the game alive and healthy.

There are more changes with the anniversary update. The official website has more details.

…and here’s the official in-game announcement…

To celebrate the fourth anniversary of Guild Wars, we will be holding a special weekend event from Thursday, April 23rd through Noon Pacific (-7 GMT) on Wednesday, April 29th. For more information on the festivities, check out the official website http://www.guildwars.com/.