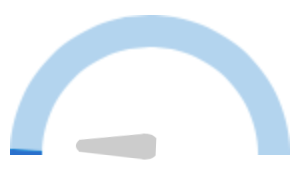 A lot of bold moves were taken in the last two weeks. For starters, there’s a Photics shop at Etsy. That’s how the new digital version of “A Book About Hype” was made available. After a brutal rejection by Apple, a new strategy was needed. You shouldn’t build your castle on sand. Apple’s inconsistent approval process is just awful. So, and this is a big change, I’m giving Google another shot. Lots of people said I should do it, so here it is — Photics.TV is now online.

That’s an actual working domain name. Photics.TV redirects to the YouTube channel URL. Photics.TV is tech variety channel. It’s about tutorials, tech news, and fun things in tech. From what I’ve seen, it takes about a decade to build a solid YouTube channel. However, I remembered a quote that is attributed to Elon Musk.

Stop being patient and start asking yourself, how do I accomplish my 10 years plan in 6 months? You will probably fail but you will be lot further ahead of the person who simply accepted it was going to take 10 years.

So, what is success on YouTube? Quite frankly, I’ve already found it. WOW! It’s so much fun. I can’t say I should have done this sooner, because the quality wouldn’t have been as good. These are 4K videos — the newest two are at 60 frames per second. (Sadly, that first video is stuck at 30 FPS.)

But, Photics is a business, so what is truly success? It looks like success on YouTube is measured in powers of 10.

The main goal for the YouTube channel, business speaking, is the marketing of Photics products. The objective is to build an audience, by releasing quality content. Then, promote quality Photics products. That sounds like a goal that is fun and just. That’s where Etsy fits into the picture. Their e-commerce setup is really good. In particular, it’s so friendly. Seriously, their website is adorable.

For years I’ve even been asking people this question, “When’s the last time you saw a website that impressed you?” I now have an answer to that question — Etsy!

That’s where the idea for this article originates. They actually congratulate you. After the first sale, there’s message on the dashboard encouraging you for reaching that first milestone. It sounds small and insignificant, but Etsy doesn’t treat it that way. They’re happy for you. As the sales increase, the message appears again and again. Very nice!

It reminds me of the Video Game Management Style article. In summary, a day job feels like such a grind because there’s no appreciation. People are treated like cogs that are plugged into the machine. You’re expected to spin until you burn out. That’s not living. Victories are to be celebrated.

I’m not giving up on Apple’s App Store, but as the old cliché goes, “Don’t put all your eggs in one basket.” There were victories in Apple’s walled garden, and this should continue into the future. Widgets is a great app. While future development is not guaranteed, I saw what went on at WWDC 2021. There are things to do.

There are no illusions here. I know that the road ahead is rough, whew! And yet, I work with renewed purpose. Not only could this plan be successful, it could be a lot of fun.