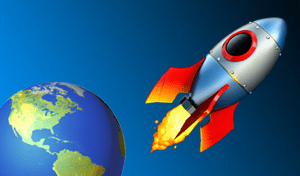 Wow, I was livid with Apple. But on Friday, a Good Friday, I received a series of strange messages from Apple. “Your app (iOS) status is in Review”, “Revisions: New Resolution Center Message”, “Your app (iOS) status is Developer Removed From Sale.” and “The status for your app, Revisions (460834674), is now Ready for Sale.” I had forgotten about the “Revisions” app, figuring that Apple wouldn’t approve it. I was in the process of making new arrangements. I was preparing to leave the Apple ecosystem. But now that my app is approved, the mission continues!

Even though I was angry with Apple, the truth is that I’m glad Apple approved the app. I was having trouble making new plans. Should I return to journalism? Should I make educational videos? Should I be a farmer? Nothing really excited me like making apps – even though it’s been frustrating endeavor. Also true, I am tired of sitting at my desk so much, but I do have some new app ideas that may help with that problem. So, I’m glad to be back.

Revisions is now available on the Mac App Store and the iTunes (iOS) App Store. That’s app #4 in the 10-Year Plan. Sure, I didn’t have to update the app. I didn’t have to draw a line in the sand here. Yet, I believed that the app was good. When I first released Revisions on Android, almost 10 years ago, it didn’t keep score and it didn’t save progress. The new version on iOS and Mac has those features. I was really pleased with the results. Combined with “Dark Mode” and improved text scaling, the app worked exactly the way I wanted. It’s what I envisioned for Revisions so many years ago.

Note: I also wanted to add text-to-speech, but that feature wasn’t ready for the version 2.0 launch. If I update the app, perhaps that’s a good feature to include. Although, considering the awful review process, I doubt that I’ll be updating Revisions anytime soon – if at all.

I put a lot of work into the update. That’s why I fought with Apple. Their logic didn’t make sense to me. It felt wrong – like on the level of book-burning – as I wasn’t able to update a previously existing app. Without being able to update my app, it would simply fade away. I felt insulted. I was preparing to move on. This was not just from Mac/iOS development, but from Apple products and services in general. Linux could have been my primary desktop operating system. I was really angry.

While the app was ultimately green-lit by Apple, this was a waste of a month. With the four nor’easters of March 2018, that was a lot of time stuck inside. Instead of debating with Apple about the merits of my app, I could have been working on app #5. But now that this rigamarole is over, building app #5 is what I’m planning to work on next.

It’s also April Fools day, but Photics.com has a strict no-trickster policy. By visiting Photics.com, you’re showing an interest in my work. That’s not something to be insulted. That’s no cause for pranks. So, thanks for visiting.