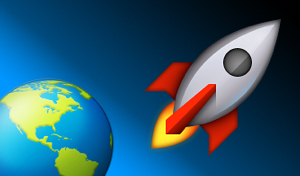 After careful consideration, Photics is returning to App Development. This is reminiscent of the insanity quote (which is often attributed to Albert Einstein) – doing the same thing over and over again, but expecting different results. Based on previous experience, returning to App Development does seem like a crazy idea. However, it’s not the same plan. It’s been streamlined.

The truth is that the greatest successes of the 20+ year history of Photics was found through Apple’s digital stores. There was a big flaw with the previous 10-Year Plan though. Don’t aim for base hits. Aim for home runs. That’s the new plan. Instead of 10 mini apps a year, make one really great app per year.

This decision was not made lightly. However, based on previous data, it shows how one app really stood out in 2018. That was Wrapping. Instead of dividing attention between five different apps, wouldn’t it have been better to focus on just one big app?

The theory is yes, it would have been better to focus attention on a single app. This leads us to the tentative 2018-2028 schedule of Photics app development

The idea for “Trump Fight” is hysterical, but that might be too political. “Picopede” is a possible alternative. That’s the adventures of a Spice Bush Caterpillar.

Considering that the Code of Honor is still in effect, it’s looking more like Picopede.

It’s not clear if “Wrapping” should count as the first year of the 10-Year Plan. That depends on the success the “About Hype 4” app. It’s highly possible that “Wrapping” will be folded into the book-app. If the book-app is successful, then that could dramatically alter the schedule. (As an example, a book-app about general web development could be released instead of one of the games.)

The main reason for this decision is Hype 4. A lot of people have been asking for the new version of the book. After considering many different formats and distribution methods for the book, creating an app was the most logical. That’s because the book-app is to contain videos and templates. Also, it’s extra impressive to create an app with Hype itself. Additional information regarding the Hype 4 book-app should be forthcoming. For now, for those waiting for the Hype 4 book, know that a major step was taken today.