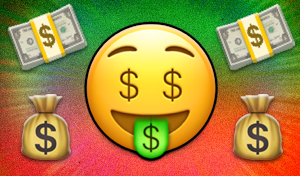 It looks like my review of Hype 4 caught the attention of some people. One question stands out in particular. Roughly paraphrased, “Can you make money with Tumult Hype?” Tumult is making a big ask of its user base. Hype 4 is a paid upgrade. Even with discounts for existing users, is it worth the money? It’s a fair question. I wrote back to the person that asked the question, but I also think that the public at large could benefit from the answer.

As probably one of the most avid users of Hype on the planet, purchasing the Hype 4 Pro upgrade was a no-brainer. I had been keeping iTunes credit in reserve just for the (extremely delayed) occasion. Since first downloading Hype almost eight years ago, I’ve spent about $200 on Hype and Hype upgrades – including Hype 4.

That’s $195.93 – or about $25 a year. Compared to the price of renting Adobe Animate, which is about $21 a month, Hype is a huge bargain. Considering that I own my copy of Hype 4 indefinitely, the average cost of Hype could eventually drop below $20 a year. This is not even counting the massive discounts from buying iTunes Gift Cards at Costco. 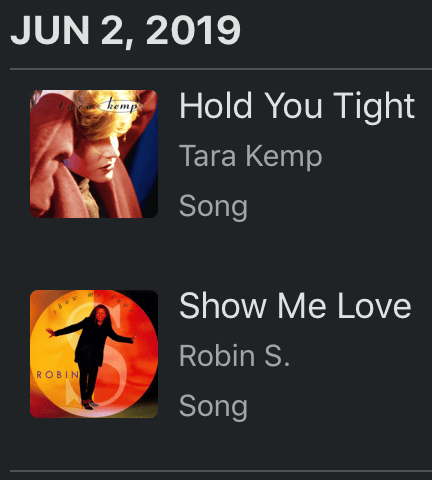 No, it’s not about the money. Hype is cheap. If I wasn’t using the iTunes credit on Hype 4, I probably would have bought some more 80s and 90s songs.

There’s something else that bothers me about Hype. Why aren’t more people using it? One good freelance assignment could easily recoup the cost of buying Hype. But unfortunately, I don’t know anyone personally that uses Hype professionally today – and I know a lot of web developers. It’s a bit of a three-dimensional catch-22. Designers and Developers aren’t using it because employers aren’t hiring. Employers aren’t hiring because no one is demanding it. No one is demanding it because Designers and Developers aren’t creating things with it.

While that is a generalization of the problem, that’s basically how I see it. People aren’t using Hype, which is why people aren’t using Hype. The biggest proof of this axiom is the Tumult homepage. It doesn’t use Hype, not that I could see. It’s just a bunch of static text and pictures. If Tumult doesn’t use their own software on their own homepage, why should anyone else?

There is a bit of aversion to animation on websites today. Perhaps this is from years of exposure to blinking banner ads. But if viewers prefer plain and simple websites, that lowers the demand to a successor to Flash. If the demand is low, how can you make money from Hype? Isn’t this just basic economics?

It is a problem. The Freelance Forum at the Tumult website has a little over 30 posts, averaging about 10 per year. It’s hard to imagine getting rich as a freelance Hype developer. I tried searching for “Hype” jobs on Stack Overflow. The response to the search query, “That’s a miss.”

So, can you make money from Hype?

I think there’s a fringe value to Hype – learning to code. Back in 2011, I was using ActionScript to create interactive elements on websites. I wasn’t too bad at it either. But JavaScript, at the time, seemed alien to me. Over the years of using Hype, I found myself using the timeline less and using JavaScript more. Today, I can build also sorts of things with Hype. And since Hype is based on HTML5, CSS and JavaScript, much of that knowledge is applicable to other web development projects.

Part of the problem is that the gold rush is over. The Internet isn’t the marvel it was when it was new. It’s becoming a scary place. In addition to Internet security issues, modern websites are more utilitarian. There’s an issue of saturation. There are so many websites and there are so many aspiring web developers. The app stores have a similar challenge. It’s a global competition for app developers. Getting noticed in an ocean of apps is an enormous challenge. The biggest rewards are for the few that make it to the top.

And yet, I think the monotony of modern web design can be broken with Hype. With the new Physics API, I can finally make HTML5 based games. With the new vector tools, beautiful animations can be drawn. All the ingredients, for a new golden age of web development, are now available. I’m not sure what’s the catalyst for a new boom in web animation, but it feels like Hype is close. How does that make money? I don’t know exactly. It’s certainly a question that I’ve been struggling with. Some people do make money with Hype. I’ve made some money with Hype. I think the bigger question is – why aren’t more people making more money with Hype?