With Apple vs the FBI, Tim Cook probably has more pressing matters on his mind. But that aside, there’s another reason why 2016 is a big year for Apple. According to rumors, the iPhone 5SE and the iPad Air 3 will be out next month. Also, the iPhone 7 will be released about six months later. Can Apple maintain their dominance in this ultra-competitive market? I don’t know, but they’re not really helping themselves by being cheap with the hardware. While trying to purchase “The Peanuts Movie” on iTunes, I realized that Apple’s short-term profitability can hurt their longterm health.

I have $16.44 in iTunes credit. I was in the mood to watch a new movie. On my Apple TV, I saw a promo for the new “The Peanuts Movie”. I was surprised. The movie was in theaters not too long ago. I wondered, “Is it on DVD already?” It’s not. The disc version of the movie doesn’t hit stores until March 8, 2016. Here was a chance to watch the movie early. Neat!

I grabbed my iPad to download the movie. It has very few apps on it, just the usual Apple stuff and some fairly small games. I figured it would be no problem to download a movie. However, I have the base model iPad Air 2. It only has 16GB of storage space. Surprisingly, I got an error.

There is not enough available storage to download “The Peanuts Movie”. You can manage your storage in Settings.

I have other technical issues to worry about. I don’t want to be battling with technology problems on my downtime. It was no-sale for Apple. To save money on hardware, Apple lost money on software. 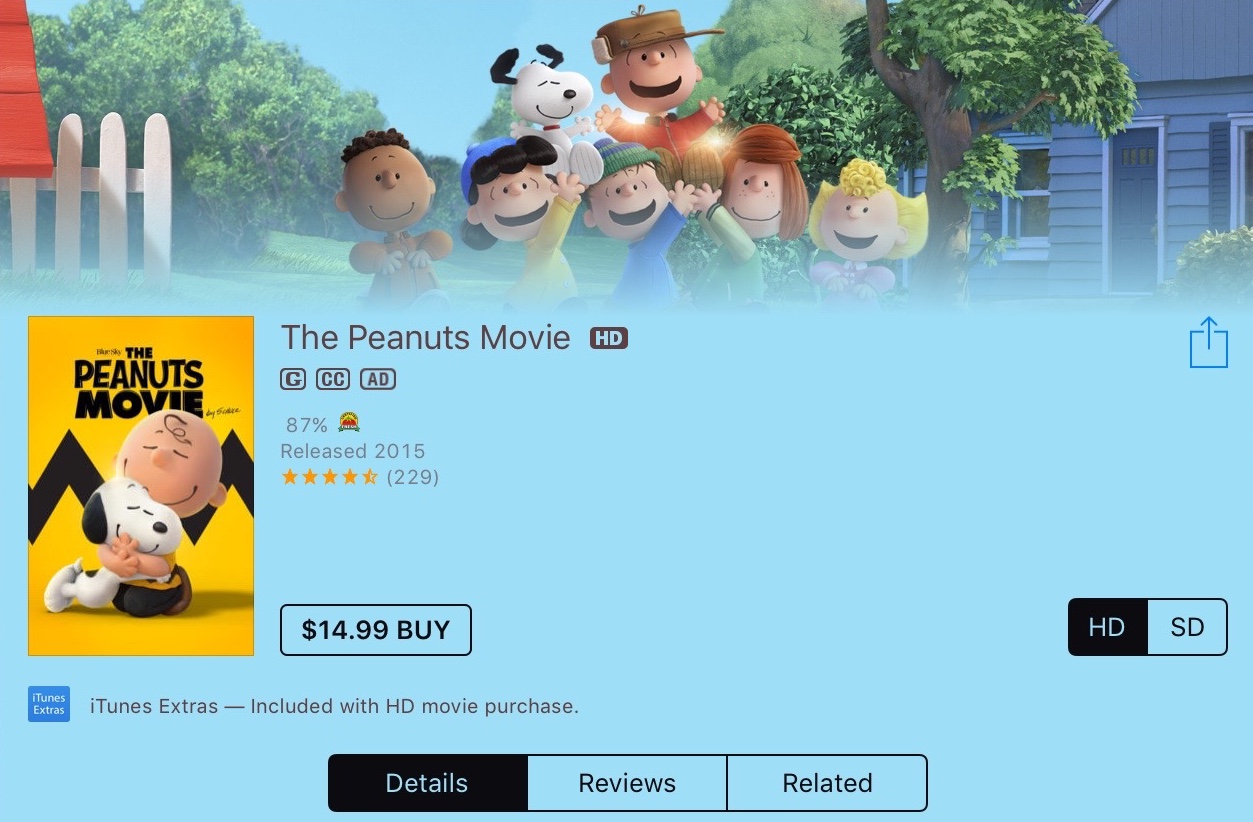 The base storage on an iPhone 6s (in early 2016) is the same as an iPhone 4 – from late 2010. Not only does this discourage purchases in iTunes, it discourages the purchases of hardware. This problem carries across other Apple lines. A new iPad should not ship with 16GB of storage space. Even worse, a new Mac Mini (base model) ships with a 5400-rpm spinning hard drive. It’s why my Mac Mini (early 2009) model is still competitive with today’s hardware. It was more economical to simply upgrade the hard drive to a solid state.

That’s why 2016 is an important test for Apple. Will they continue to cheap out? With the launch of the iPhone 5SE, iPad Air 3 and then the iPhone 7, the world will see if Apple is still cheap.

2 thoughts on “Don’t Be Cheap Apple!”