Nintendo has some hubris. The Nintendo Switch is slated to be available on March 3, 2017 – for $299. That puts it against the Xbox One S and the PlayStation 4 Slim. Worse, these two competing consoles can be found for significantly less money than $299. Direct from Amazon.com, it’s about $20-$30 cheaper. That’s with a bundled game. The problem is even bigger than that. Why buy a toy when you can get an iPad? The iPad Air 2 was recently on sale for $275. Games are fun, but sometimes you need to be productive. With so many choices, how does the Nintendo Switch fair against the competition?

END_OF_DOCUMENT_TOKEN_TO_BE_REPLACED 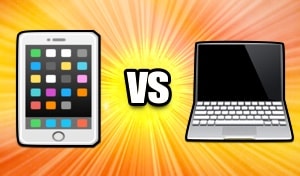 2016 was a fairly choppy year for Apple. Three different computing platforms were fighting for attention – iPhone, iPad and Mac. Each device has distinct advantages and disadvantages. Many Mac fans were holding out for the new MacBook Pro, but its launch was mired in controversy. Battery life issues, added expense, limited ports and upgrade limits ruined what should have been an exciting moment in the history of the Mac. Is the party over? Are the heydays of macOS history? Are tablets the future of computing? Let’s take a look.

END_OF_DOCUMENT_TOKEN_TO_BE_REPLACED

With Apple vs the FBI, Tim Cook probably has more pressing matters on his mind. But that aside, there’s another reason why 2016 is a big year for Apple. According to rumors, the iPhone 5SE and the iPad Air 3 will be out next month. Also, the iPhone 7 will be released about six months later. Can Apple maintain their dominance in this ultra-competitive market? I don’t know, but they’re not really helping themselves by being cheap with the hardware. While trying to purchase “The Peanuts Movie” on iTunes, I realized that Apple’s short-term profitability can hurt their longterm health.

END_OF_DOCUMENT_TOKEN_TO_BE_REPLACED

For technology and gadget lovers, there were two main Black Friday sales at Best Buy this season – a 50″ Panasonic LED TV for $199.00 (regularly $549.99) and an iPad Air 2 for $100 off. Since I wasn’t looking for a new TV, I started focusing on a new iPad. Originally, I wasn’t a fan of the iPad. I didn’t see the purpose of it. But after reviewing the specs of the iPad Air 2, and after seeing all the crazy holiday sales, I decided that I should get one.

END_OF_DOCUMENT_TOKEN_TO_BE_REPLACED

BOT (for iPad) launched today and it’s already off to a great start. When I checked earlier this morning, BOT was ranked #58 in Role-Playing — just ahead of Braveheart HD. Considering that I enjoyed iPhone version of Braveheart, I’m pleased with how the launch is going so far. Apple even got the “Release Date” listing right. But this is not enough! No, BOT needs more promotion! So, I’m giving away promo codes today!