Some people just hate Trump. Maybe it’s his policies. Maybe they don’t like his attitude. Maybe they want to be the one to take him down, as it can boost their career. Me, I don’t hate him. I actually like him. I also like making websites, which is why I find the recent change to whitehouse.gov quite fascinating. It was recently switched from Drupal to WordPress. Was this a good move? It’s too early to tell, but there are some issues with the new website.

END_OF_DOCUMENT_TOKEN_TO_BE_REPLACED

In my heart, I’m a journalist. It feels against my nature to be hyper-partisan. This is the main reason I’m not registered to vote. I believe that true reporters should hold themselves to a higher standard. (While I’m not active in the business now, I have been seriously considering a return.) It’s OK to critique Trump’s job performance, but it shouldn’t be sport. It shouldn’t be a vendetta. It’s OK for reporters to have opinions, but there should be an openness to fairly discussing all sides of the story. Neutrality is something lacking in today’s media, hence the term “Fake News”. This bias ultimately lead to a surprising email. I was invited to participate in a presidential poll.

END_OF_DOCUMENT_TOKEN_TO_BE_REPLACED

Donald John Trump is now officially the 45th president of the United States of America. That’s a huge change in direction for the country. What does that mean for the lives of ordinary citizens? Well, if Whitehouse.gov is a bellwether, nothing too radical so far. The Trump administration was given the keys to the official website of the Whitehouse. While there was a significant change in content, it’s still running on the same old content management system (CMS) – Drupal 7.

END_OF_DOCUMENT_TOKEN_TO_BE_REPLACED 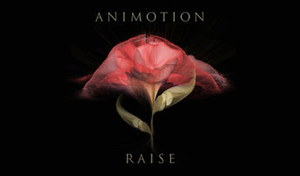 So, Trump won. A lot of people are freaking out about this, but I’m actually relieved. Trump and friends fought hard during the campaign. Despite all the rhetoric on both sides, I think the Republicans presented a better future for the United States. That’s why they’ll soon control the Senate, the Congress, the Executive branch and the Judicial branch. Big change is coming. If Trump is true to his word, America is in for good times. What better way to celebrate than with good music?

END_OF_DOCUMENT_TOKEN_TO_BE_REPLACED

This is why I should stay out of politics. After a fairly good Republican convention, and the chaos from the Democratic convention, Donald Trump was in great shape. All he had to do was stay on message. Just stay focused. Instead, he had a bad week. He was down in the polls. Maybe the press was showing signs of bias, as they were attacking him non-stop. Maybe the polls were a bit slanted, as certain demographics were being favored more than others. Benefit of the doubt wanes after another blunder from Trump.