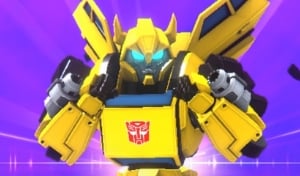 HAPPY NEW YEAR! Welcome to 2023! Have you made any New Year’s Resolutions? Currently, I’m still trying to figure that out. I might have thought of something while writing this article. But right now, the plan is to keep launching videos on Photics.TV (YouTube). To prove that, a pair of TRANSFORMERS: Tactical Arena videos launched this month. This is my favorite game on Apple Arcade. Actually, it’s the main reason I still have an active subscription.

I wasn’t sure if I was going to renew my Apple Arcade subscription, but Red Games Co. is pretty cool. There were hints of what the next update would be like. It seemed interesting. So, I wanted to try it. In early January of 2023, the Version 1.7 update was launched. It’s a nice update. It introduced two new cards, a new arena, and pretty standard card changes. However, the Artificial Intelligence (AI) is somewhat tougher.

That’s why a strategy guide was launched. It explains how to beat the AI at higher ranks. It’s pretty intense, as the computer gets a distinct energon advantage. Your turrets could be easily overwhelmed by the sheer number of AI units. Granted, the game is designed to make you lose. While the game wants you to keep playing, it doesn’t want you to get too far ahead in rank of other human players. But, with the strategies explained in the video, it’s quite possible to rise high above the crowd. The majority of my battles are against the AI.

It’s a Player-vs-Player (PvP) game, that is designed for competition, but I prefer the AI battles. It doesn’t demand as much of my concentration, so I can watch some TV while playing the game.

And since I added a video about the version 1.7 update, I figured that I should add the Bumblebee strategy guide. He’s a “Legendary” card.

There’s a list of cards on this website. That list needs updating though, as the level cap was increased to level 9. I’m still in the process of leveling up the cards.

While I’m not into video games like I used to be, this game is fun. I don’t want to turn Photics.com into a fansite again, but there is the r/TransformersTactical subreddit if you want to have a friendly discussion about the game.