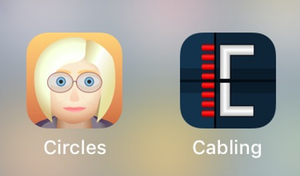 Perhaps this is a stupid plan. I could have done things the easy way. I could have invested in Dogecoin and been a millionaire by now. But nooooooo, even though I had cryptocurrencies on my list of possible projects for 2017, I decided to return to the madness of the app stores. WHY?! It’s not just about creating wealth, it’s about creating something of value. It’s about building “Photics” as a brand – a household name. With the second app of the 10-Year Plan published, is the project moving in the right direction?

Based on initial sales, I could easily justify giving up. I would have made more money shoveling snow. I wasn’t expecting blockbusters at this stage, but it’s certainly discouraging. I think the problem is that the iTunes App Store is flooded with games. Many of them are free downloads. It’s probably not a good idea to hit that head-on. The players are just too accustomed to not buying games.

Since Photics.com has been around for almost 20 years, a fairly significant milestone, I’m starting to deeply consider the purpose of this website. It makes me wonder, what do I really want to do? Is playing in Apple’s “Walled Garden” the appropriate path?

It’s easy to blame Apple, but my recent experience with them has been admirable. It’s a massive job to review so many apps. For a while, I was getting frustrated with them, but then I started imaging the situation from their perspective? “Why is Apple giving me a hard time about this?” I’d think about it, while working on removing the “Rejected” status on my apps, and then I’d eventually understand.

However, understanding the problem doesn’t make it go away. Apple is going to be strict with enforcing their rules. That’s their right to do so, and it’s also a necessity, but it creates a lot of extra work for me. I’m not looking forward to the day when iPhone X support is required. That stupid notch and screen setup is annoying. Meanwhile, there are legions of developers that are fighting against me.

So, what do to? Give up? Change the plan? I’m not sure yet. For now, I’m just resting up. It was a tough run over the last two months. Also, the results at this stage are not totally surprising. It takes a while to build that momentum. The apps will also improve in quality as I learn more about developing, designing and marketing – and I’ve been learning. 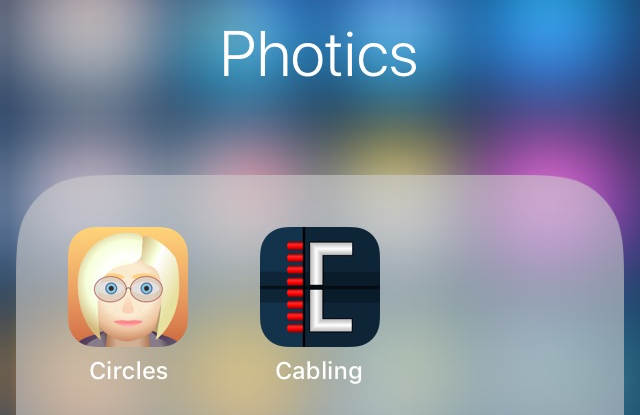 App #2 – Cabling – is now online. I think it’s a fun and challenging game. It doesn’t have an annoying timer, so that lets players play at their own pace. One of the driving principles behind these games is that they should be games. All the stuff I hate about modern gaming is removed… no spyware, no advertisements, no in-app purchases, no online Internet requirement. It’s nice to just tap / click on the pieces and just relax.

Perhaps that’s the most compelling argument to keep going on this crazy journey. This is just the beginning. Thinking about how cool those other 98 games and apps could be, makes me feel bad if they didn’t exist. While there was a lot of frustration, I also had a lot of fun playing “Circles with Grandma” and “Cabling”. Imagine how fun the other 98 games could be?! Maybe I should keep going.