I usually avoid discussing politics on this website, but Donald Trump is pretty hard to ignore. He’s everywhere and he’s still leading in the polls. It’s not just the “Summer of Trump”. There’s the strong possibility that Trump could be the next president of the United States. If so, would that be a good or bad thing? I’ve been following Trump’s campaign. Despite some train wreck moments, I like what I’m seeing overall.

From his speech on June 16, 2015, it was easy to be angry with Trump. He was announcing his candidacy to be the Republican nominee for the president of the United States. Trump was in the middle of discussing many different topics when the healthcare.gov website was mentioned. Donald boasted his web development prowess. He stated that his website cost $3. While many were angry about his comments about Mexico and illegal immigration, I was more annoyed with the website comment.

Donald, it doesn’t cost $3 to make a website. If that’s what you really spent, then you should have spent more. I went to look at Trump’s Tax Plan, which was announced today, and this is what I saw… 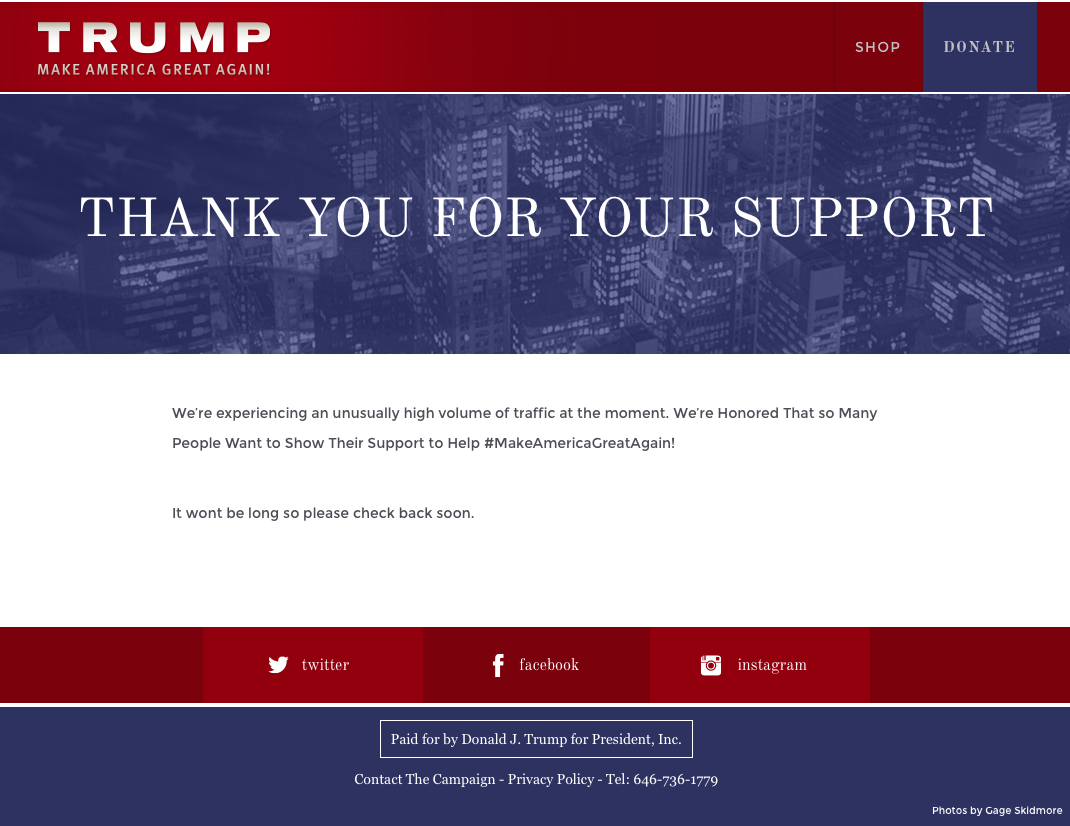 Seeing this error page filled me with a mix of emotion. First, I felt vindicated. I remembered Trump’s comment from months ago. Running a website is a tough job. As a web developer, I know that it’s not easy to build websites – especially ones that can sustain a flood of traffic. Respect the profession!

Yet, I knew that Trump’s comment wasn’t really aimed at me. It was aimed at the current administration. He was being hyperbolical. While I was grumpy, I understood the main point. I am amazed that the healthcare.gov website was so expensive. I have seen how web projects can spiral out of control, but billions of dollars for a website seems insane. Websites obviously cost more than $3, but clearly there’s something wrong with the so called “Obamacare” website.

I watched Trump speak today. On YouTube, the Washington Post had a live feed of Trump’s press conference. In addition to announcing his tax plan, he mentioned the colossal waste by the government. Trump is part entertainer, but he also shows signs that he can be a great president.

Something is wrong when about half of my money goes to taxes and fees… property taxes, federal income taxes, state income taxes, city tax, sales tax, gas tax, tolls. My water bill just went up about 30% from last year, even though the same amount of water was used. Why? I don’t know!