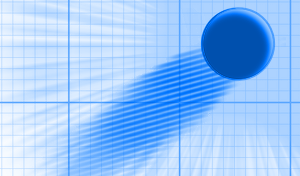 As a connoisseur of fine Internet culture, I appreciate the golden era of Flash games. A Homestar Runner game in particular is reminiscent of those early days — Population Tire. This retro game was created with an even earlier 8-BIT retro style. The objective was simple. Keep the tire from hitting the ground. But with the death of Flash, is this game lost?

Unfortunately, the thirst of nostalgia cannot be quenched by the website. Only a “Missing Plug-In” message appears instead of the game.

Even if I install the missing Flash Player plugin, it’s a fleeting effort to play the game. The words, “Removed support for Adobe Flash” glare at the top of the Safari Technology Preview (version 99) release notes. The major web browsers are following Adobe’s lead. This is the year Flash dies. Adobe is set to stop supporting the player at the end of 2020.

Where to go for bouncy goodness? That’s where this week’s free Hype template is relevant. While working on A Book About Hype, I created the “Bounce” chapter to show how easy it can be to add “Physics” to a Hype project. Originally crafted in 2015, this template is from before Hype 4 and the Physics API. Way more is possible today.

It’s harder to describe than to play.

Just like the game’s objective, the JavaScript isn’t too difficult to understand. Actually, it’s kinda short — especially considering that scoring and saved high scores is included. Download the Bounce Template to see how it works. See the “Bounce” chapter in A Book About Hype to learn more.

I don’t know if it’s too late to save Homestar Runner. But with Hype 4, you can create the next generation of web games.