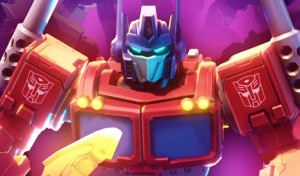 It’s been a while since Photics.com has created so much video game content. That’s because it’s been a while since video games have been as entertaining as TRANSFORMERS: Tactical Arena or Star Trek: Legends. The first has intense Player-vs-Player battles, which are set in that classic G1 style. The latter is a wonderful blend of characters from a franchise that spans over five decades. The point is that it’s a lot of characters. That’s a lot of data!

To help you build your winning team, that character data has been entered into Photics.com, which allows for quick searching and sorting. To win in TRANSFORMERS: Tactical Arena efficiency is the key — to do as much damage as possible for the least amount of energy. There are lots of ways to build your team, but understanding the defense and offense of each characters (even if they’re not on your team) is how to play smart.

Efficiency is so important, that table has a “HPE” column. That stands for Health Per Energon. To put up a formidable defense, placing tougher characters on the battlefield can help to protect the turrets. That’s where the sort features are really helpful.

Star Trek: Legends is another game where maximizing your resources is important. New players feel this right away. With so many characters to choose from, they want to know that they’re leveling up the right characters. While a big part of that is personal preference, and the first play through should be about enjoying the game, some characters are clearly better than others.

Like the data on Data! He’s a pretty good “Science” character, but he’s one of the slowest in the game. If you’re looking to build a strong PvP team, speed is an important stat, as it is quite common to see characters taken out in the first round.

Hopefully this information helps you to further enjoy these great Apple Arcade games. 🙂