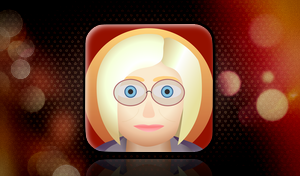 About eight years ago, I started working on iOS development. Back then, my apps would sit in Apple’s review queue for weeks, only to get rejected on some small technicality. Today, things are way different. Now, Apple is much faster at rejecting my apps. But despite the tedium and frustration, I managed to get back into the game. For the first time in years, a new Photics app is available on the iTunes App Store and the Mac App Store.

Circles with Grandma is now online. Even though these are technically two separate apps, one for Mac and another for iOS, I’m still only counting them as one. It’s what Gimli would say, like in Lord of the Rings: Return of the King.

That still only counts as one!

This app is my MVP. And even though Grandma was the star character at Photics this year, the acronym means something else in this context. Circles with Grandma is a Minimum Viable Product. The idea was to get creative again. Instead of imagining what would be the most awesome game ever, or the best project ever, I just wanted to make something fun and to escape the trap of grandiose ideas.

And even though I tried to keep the project simple, there were massive challenges.

It feels really good to be creative again. A lot of problems were solved and unsolvable pitfalls were identified. The lessons learned here will make subsequent WKWebView projects much MUCH easier. There are significant issues with a WKWebView approach to game development, but it is consistent with the goals and estimates of the master plan. I suppose that the “10-year Mission” is a grandiose plan, but somehow it seems obtainable. At least, the goal is a little bit closer now.