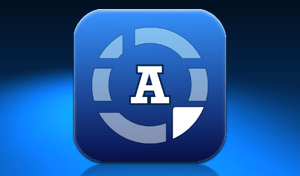 HAPPY NEW YEAR! 🥳
While there is some debate as to the official start of the decade, here at Photics.com the event is celebrated today. If for no other reason, now there’s a normal nickname for the decade — the 20s or the 2020s. Woo hoo! In looking for a significant way to celebrate, a new app was launched — Apparatuses. This is the iOS counterpart of the macOS App Widgets. The plan is to work on these apps for many years to come. Officially launching Apparatuses, at the start of a new decade, is a nice way to commemorate the occasion.

New Year’s Day is when people make new year’s resolutions. They set a noble goal for the next twelve months. Since this is the start of a new decade, reflecting on the 10-Year Plan plan seems appropriate. While the actual start of the 10-Year plan is a bit hazy, as it was restarted a couple of times, there was forward motion in 2019. Instead of just wasting time, watching an endless stream of YouTube videos, now there’s a productive direction for this website. While I enjoy watching YouTube videos, it was for hours and hours at a stretch. That’s not good.

Ironically, there’s a video on Vimeo that addresses this topic — https://vimeo.com/292711054 — “We’re All Going To Die” is a video about death and the meaning of life. Hugo Weaving (Matrix / Lord of the Rings) plays the voice of death. It’s meant to be inspirational, to take a risk and live your dreams.

It took a while to figure out what should be done with Photics. There were so many ideas. Eventually, two projects were identified — Widgets/Apparatuses and A Book About Hype (Printed Edition). That means 2020 is going to be a busy year.

At the end of this year, and at the end of the decade, what will it be like to look back? Would it have been better to just sit in a comfy recliner and just watch TV? Will these projects be successful?

Unlike the video on Vimeo, we don’t need to get so philosophical. It’s really simple actually. People want an updated Hype book. People want a replacement for Dashboard. Those are the goals for this year, to give people what they want — a new book and a better app.

A lot of people also wanted an iOS version of Widgets, that’s where Apparatuses enters the picture. In the United States, roughly 1 in 10 people use a Mac. But on mobile, almost half of Americans use an iPhone. That’s approximately five times more people. That’s not even counting the iPad. When I talk to my friends, family and colleagues about Widgets, most wonder where’s the mobile version.

The reviews for Widgets have been mixed. Some like it and see the potential. Otherwise wonder why it’s not more like Dashboard. Apple still holds a patent on Dashboard, so that’s part of the reason. I’m not sure if Apple would approve a clone of Dashboard. Instead, Widgets was made to be unique. However, there is another reason why Widgets works the way that it does. Widgets was designed to go cross-platform. It was designed with mobile in mind.

Because of this synergy, Widgets and Apparatuses can grow together. While it’s not clear what the final version will look like, it’s exciting to find out. Hopefully 2020 is filled with lots of new gadgets for this dynamic duo.