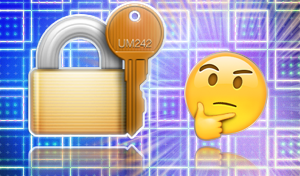 Back in the golden age of 8-BIT gaming, the action could continue more than an average player could sit in one spot. Games were getting longer. Fancy games, such as The Legend of Zelda, had a battery backup to save player progress. But games like Metroid or Mega Man 2 had an alternative method – a passcode system. Players could enter a secret code to save their progress. Some Flash games in the late 90’s and early 2000’s also used this technique. Could the same be done with Hype?

Well, yeah! There are lots of ways to save a player’s progress. You could use Cookies, LocalStorage or even write the data to a database. But what if you wanted to use a more nostalgic method? It’s possible. That’s what the “Passcode” template is about. Perhaps you want to create a standalone web app, something that doesn’t require Internet access or the overhead of a database. LocalStorage is incredibly easy to do, but the data can be lost. Additionally, it doesn’t move between different computers.

While low-tech, a “passcode” has a practical purpose. Spoken in secret, codes can be shared with friends. Or not so secretly, codes can be posted to video game cheat sites like GameFAQs. Using a nostalgic system could actually create buzz about your game, as people like to be in-the-know.

Unlike previous templates, I’m not going to explain how this one works. That’s to show you the strength (and ultimately the weakness) of this passcode system. This template is not meant for securing sensitive information. Instead, this system has intentionally weak security.

It’s like when a girl is undressing in an old movie. She will be nearby and say to the guy… no peaking… but then they totally have sex later in the movie. The “no peaking” is part of the foreplay. It’s a tease that creates a perceived value. Ultimately, video game cheat codes are meant to shared. Would the classic Konami games have been as popular without the 30 lives code?

So, if you’re looking to create a classic passcode system for a retro game, this template might be helpful.

Download the Passcode Template to see how it works.