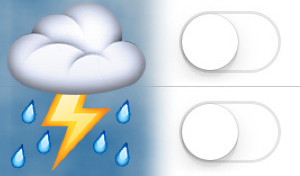 A pretty bad storm hit New York City yesterday. It messed with my evening commute. With the wind kicking up and the dark clouds rolling in, I drove my car with heightened purpose. My goal was to stay ahead of the severe weather. I readied my iPhone SE. With the navigation (Maps) app on and my music playing, I was totally focused on driving. A bolt of lighting, ripping vertically through the sky, highlighted the seriousness of the matter. Any delay could result in a tough commute becoming a terrible commute.

With rush hour traffic, I was careful to avoid problem areas. Unfortunately, all the routes had issues. Siri notified me of trouble ahead, but stated that I was already on the fastest route. There wasn’t much that I could do to lower the ETA (Estimated Time of Arrival) numbers.

In general, I wasn’t too concerned. Actually, I was having fun. I really enjoyed how the music would fade out while Siri would give turn-by-turn driving directions. It felt like living in the future. Back in the 80’s, a talking car was restricted to the TV show Knight Rider. Today, technology close to the Knight Industries Two-Thousand is on my phone. Snarky AI fits in my pocket.

But like all the good sci-fi shows warned, technology can have a dark side.

The traffic was clearing up. With a clean path home, and the weather holding, I was feeling pretty good. I was thinking that I avoided the worst of my commute. Once I was over the bridge, I should be OK. Just as I started moving up the steep grade, my car stereo exploded with an awful sound.

WTF was that?! The buzzing sound was similar to those emergency broadcast alerts on the radio – except this was an actual alert. I wasn’t tuned into any radio station, so what was happening? It took me a moment to figure it out. It was my iPhone. In one of the most dangerous spots of my commute, navigation drops out. The screen is blurred. A message appears. What does it say? I can’t really see. I could try to read it or I could hit the concrete divider. I opted to keep driving. It wasn’t until later that I could grab a screenshot of the second warning. 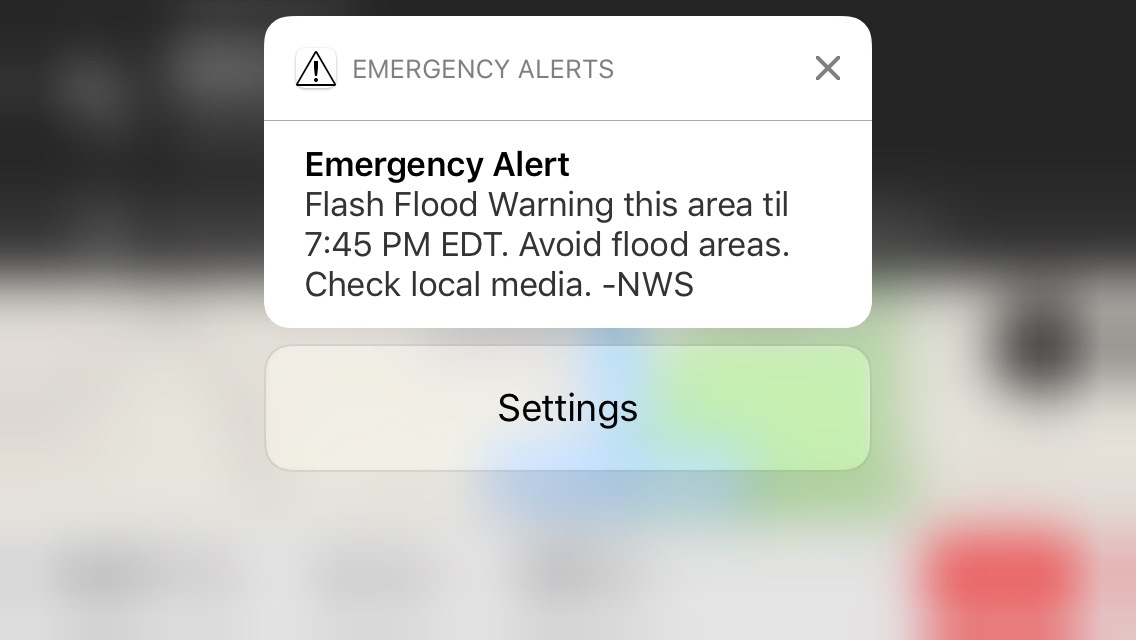 There are several problems with the implementation of this alert. The obvious is that I’m driving. If “The Government” doesn’t want me to read text messages while driving – THEN IT SHOULDN’T BE SENDING THEM! Most New York drivers know that texting while driving carries stiff penalties. So obviously, this is a no-brainer. While the navigation app is running, messages like this shouldn’t appear.

Additionally idiotic is the “Settings” button that appeared below the warning. While AI has improved, my phone isn’t currently smart enough to see the danger of this presentation. Oh yeah, I’ll just update my preferences while trying not to slam into the car ahead of me. I might as well update my Ski Safari notifications too, while trying not to drive into the Hudson River.