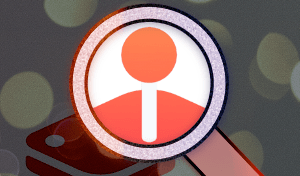 The Apple Arcade Search tool is online! It is part of the vision for the Heroic Tech Support series of videos on Photics.TV. The idea is that if tech trouble is spotted online, and if “Photics” can help, then it might be the focus of a new problem solving video. Lots of people were having trouble with searching Apple Arcade. This is an issue that can be fixed.

Earlier this year, The Best Apple Arcade Games video was released. The idea was to list the top five Apple Arcade games based on the data, not opinion. Which games were simply rating higher? To answer that question, a lot of tedious work was required. Each game listing was listed in a spreadsheet.

Once the video was completed, not much happened with the data. It just sat in an Apple “Numbers” file, not doing much. But when people started voicing their frustration in a Reddit r/AppleArcade thread, that’s when it became obvious that something should be done.

Just days earlier, a tough question was asked. “Is Apple Arcade A Failure?”. Apple Arcade doesn’t seem to be as popular as it should be. Now, it’s easy to point to Apple and say fix it, but companies alone don’t make great gaming communities. It’s the players!

Since I really enjoy Apple Arcade, and since I respect the vision of a clean gaming environment — kid friendly, no ads, no in-app purchases, respect towards privacy — this looked like an opportunity to help both Apple and the people that play Apple Arcade games.

After deciding which technology to use, and even writing some code from scratch, it was determined that “TablePress” was a quick and easy way to get this project online. Drupal was seriously considered, as it’s specifically designed for this kind of thing, but that’s a massive project. This is just phase one, to gauge the interest in an Apple Arcade search tool.

If the Apple Arcade Search is popular, then perhaps it can be improved. But even in its current state, it’s very useful. It’s a quick way to search the list of games. You can even use the search to look for games by year, category, or company. The table is also sortable too. This is great for finding the games with the most multiplayers. At the time this article was written, that’s Butter Royale with 16 players.