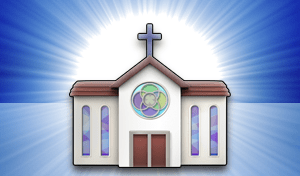 After some surprising feedback regarding the “Bible” widget, I went back to work. There were two main concerns. Catholics wanted a version of the bible for them. Also, searching by verse wasn’t enough. A text search was requested. This update took longer than expected. It was planned as the Easter update and the deadline was just barely met. But after the dark year of 2020, this project was uplifting.

“Count your blessings” is a common Christian saying. I have been blessed with good tech. This realization occurred while working on the 3.1 update. It started while converting the “Catholic Public Domain Bible (CPDV)” into a Comma Separated Values (CSV) file. Ronald L. Conte Jr. (sacredbible.org / ronconte.com) states that he “worked nearly every day for just over five years” to translate the entire Clementine Vulgate Bible from Latin into English.” That’s impressive!

Dedicated Bible apps and websites have way more bible versions. Widgets is not meant to compete with that. (Although, “e-Sword X: Bible Study Extreme” was the only app keeping Widgets from the #1 “Reference” app spot.) Storage space for the app is limited. Currently, the download size for Widgets is listed as 39.3 MB. Since Widgets (macOS) and Apparatuses (iOS) share much of the same code, there is a hard limit. Whatever is the over-the-air download limit for iPhones, that’s the cap. Currently, that number is 200 MB. And in general, one of the goals for this project is to keep Widgets / Apparatuses fast and lightweight.

While future updates are not guaranteed, the plan is to keep making more widgets. But with a limit on storage space, I had to be choosy about the included Bible versions. That’s why the KJV and CPDV were chosen. They compliment each other. The KJV is a popular classic, while the CPDV is a modern translation for Catholics.

While I was aware that different versions of the Bible existed, it wasn’t something I thought about much. That’s when it really hit me. For thousands of years, generations of people wrote this stuff down. They did it without computers. That’s why I felt blessed. By using Visual Studio Code, with the Regular Expression powered “Find-and-Replace” search, multiple documents could be cleaned up in seconds. That’s powerful automation. 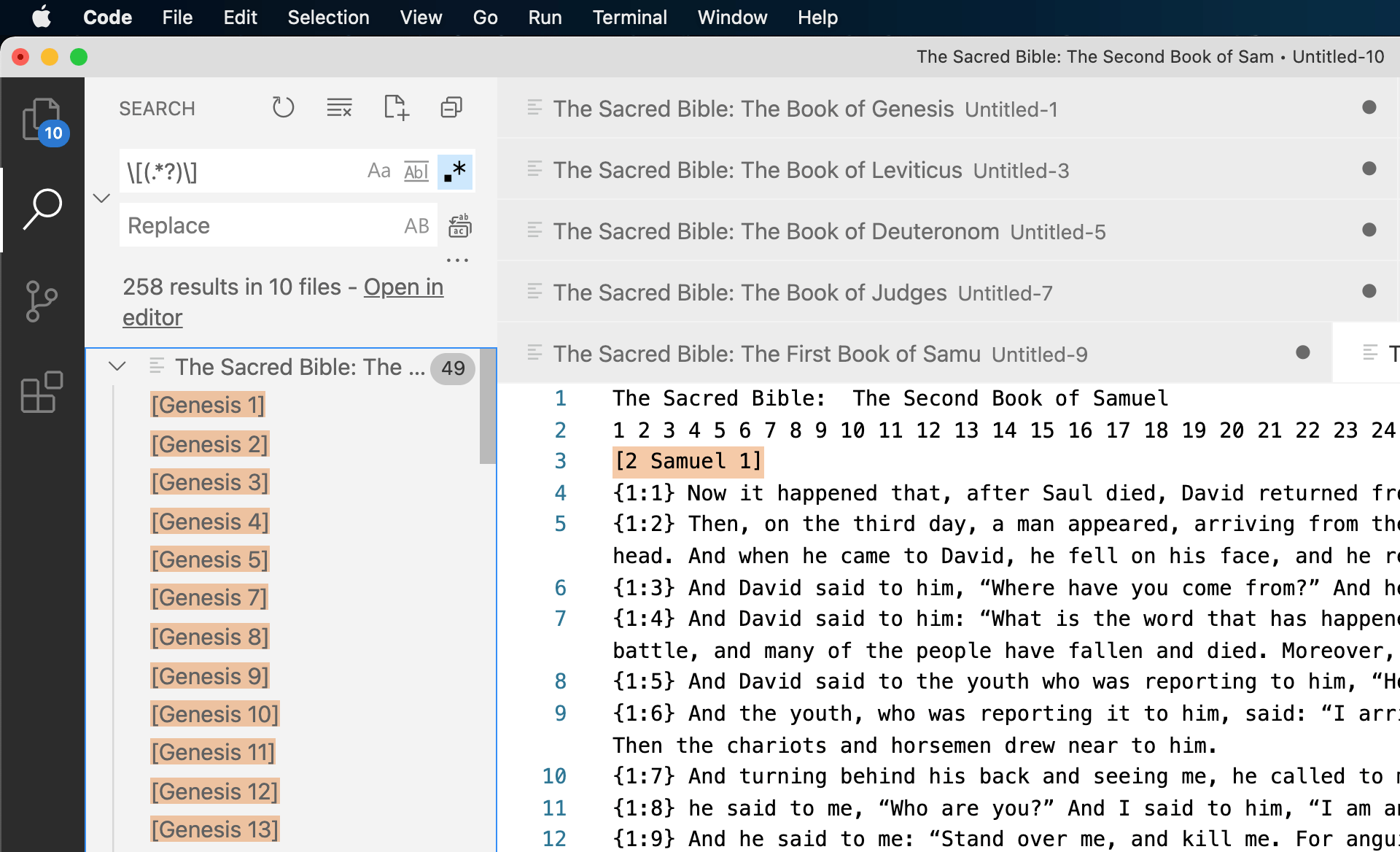 Oh sure, there was a lot of cut-and-paste. Figuring out those RegEx formulas wasn’t trivial either. But compared to the so-called dark ages, I didn’t feel like complaining.

The feeling was something else. I felt a sense of responsibility. That’s why the 3.1 update trekked into unexpected territory. Starting out with an iCloud note, I would keep a list of bible verses that I liked. Seeing these inspirational quotes was the original motivation for the Bible widget. What does someone mean when they say John 3:16 or Romans 8:28? But with Apple’s Notification Center widgets, the Widgets app could go further. 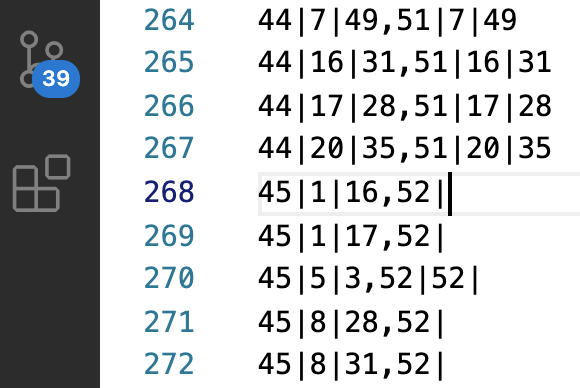 With the Bible now stored in the app as a database, the technical part of the plan was sound. All I needed was a list of 366 verses to create a full year of daily bible quotes. The problem was that the two versions of the bible did not lineup perfectly. Instead, I had to meticulously find the same bible verse in both versions. It was tedious, but the work felt important. Reading the words of wisdom, passed on through the ages, was excellent source of motivation. I imagined how these messages might help you feel better, how it might brighten your day.

Context in the bible matters. That leads to another new addition — text search. One of the coolest moments of this project was when this feature was still in development. I searched for “Jesus” and the results appeared. I got chills. I also made a joke, “I found Jesus!” That was really nice. Working on this update was challenging, but it was fun, enlightening, and spiritually fulfilling. The improvements were really coming together. Apple’s glanceable widgets are great for displaying inspirational messages, but the Widget app also allows you to look further into the bible. That’s why there are two types of widgets.

When this project was started, almost two years ago, I wasn’t expecting enlightenment or a religious experience from the app. That’s what makes this app something special. It’s nice to think that the Widgets app might be having a profound experience in people’s lives. Hopefully the app helps you!