Happy New Year! Normally I like to start off the new year with a lofty goal. This year, nothing significant is planned yet. The main reason for the uncertainty is because of the  “Widgets app”. Each update requires a substantial amount of work — and the app is not considered to be done. Therefore, January 2021 is kicking off with another update to the “Widgets” and “Apparatuses” apps. If you’re into Chemistry, the new “Elements” widgets were made to help you.

First, I’d like to start out with thanks to the U.S. National Library of Medicine (NLM), the National Center for Biotechnology Information, and the National Institutes of Health (NIH). Their PubChem Periodic Table of Elements is amazing.

But more importantly, they provide download links to “Machine-Readable Periodic Table Data”. That’s perfect for building apps. The Widgets app is meant to work offline. If you have an Internet connection, the PubChem Periodic Table is an excellent display of web technology. As a web developer, it’s rare that I’m impressed by a website, but that’s a superb job. But if you don’t have an Internet connection available, or you just want to access element data quickly, that’s where the “Elements” widgets are helpful.

Creating a Periodic Table of Elements was something that I was considering for Widgets/Apparatuses, but there were two problems. How would I cram so much data into a tiny space? Also, where would I get the data? NLM solved the data problem. How would I solve the design problem?

That’s where the issue of dual widgets actually becomes a strength. Apple’s Notification Center widgets are meant to be glanceable. Such an action is similar to looking at a large poster of the Periodic Table. They’re typically hanging on the walls of scientific classrooms. 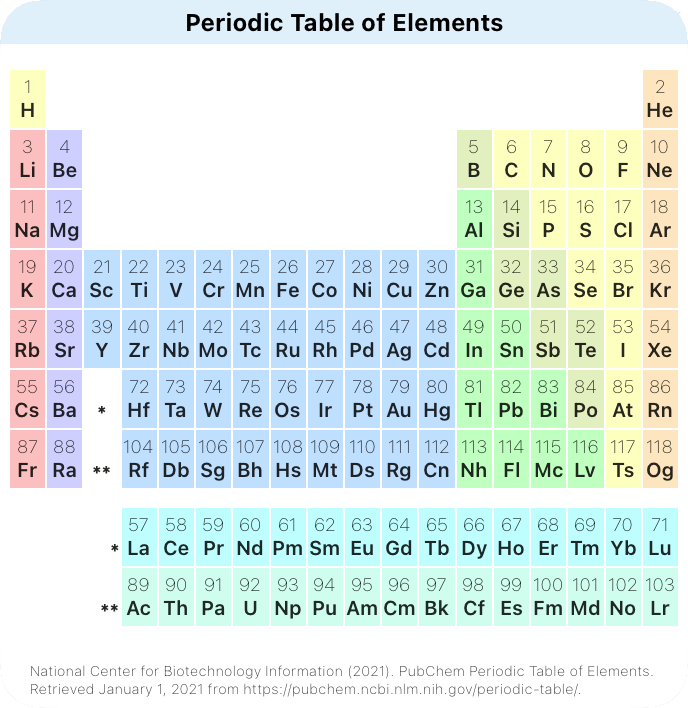 That’s why the “Large” widget size was used. It looks just like one would expect. It reminds me of High School. I can almost smell the chalk dust. Note: the drop-shadow shown here is simulated. That’s to prevent a white box when this website is displayed in “Dark Mode”. And while we’re on the topic of “Dark Mode”, the nighttime version of the “Periodic Table” widget looks gorgeous. 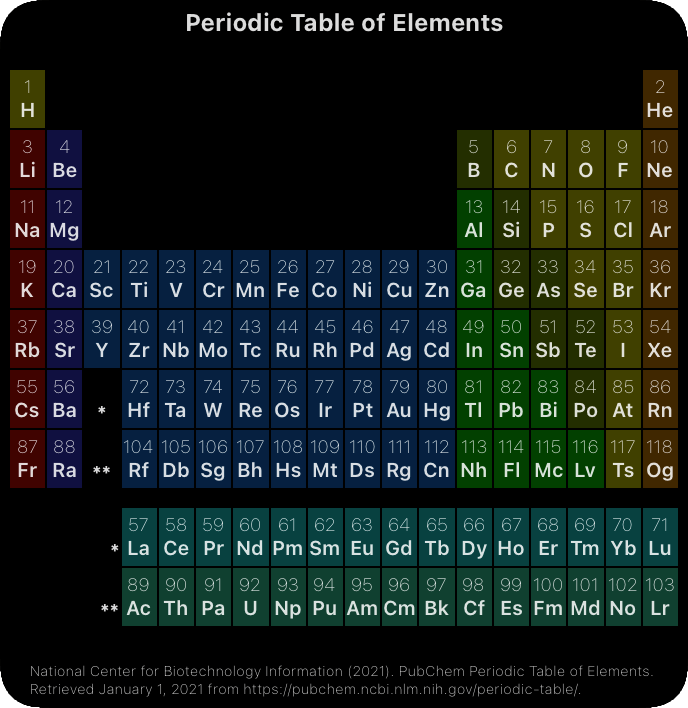 That’s right, I called a scientific chart gorgeous. I know that most people shy away from this kind of thing. But for those that don’t, for those that want to understand how the physical world works, this information is incredibly useful. That leads to the companion widget — the “Elements” widget in the “Widgets” app.

By using the search field, you can quickly filter the elements list. You can search by Atomic Number, Symbol (Element Abbreviation, 1-2 letters), or you can search for the element name. Even a partial name search will work. A search for “Car” will show “Carbon” in the list. Click the element listing to display additional data. This information (if available) includes the Atomic Mass, Atomic Radius, Electron Configuration, Electronegativity, Ionization Energy, Electron Affinity, Oxidation States, Standard State, Melting Point, Boiling Point, Density, Group, and Year Discovered.

The 2.8 update also includes improvements to the “Weather” widget. Unfortunately, the weather.gov data feed isn’t always available. Previously, when this error would occur, the widget would lock up. That would make it difficult to change the zip code, or even display the data that was previously fetched. Hopefully that makes the weather widget more reliable and more usable.

Additionally, the bottom margin from the “Weather” widget was removed. In retrospect, I’m not sure that I like that change. I might switch it back. What do you think? You can use the contact form to send feedback.

It is uncertain what February 2021 will bring, and future development is not guaranteed, but the general idea is to add another widget to the Widgets app. (That means Apparatuses too!) As for the rest of the year, there are a few ideas for the big Photics project of 2021.